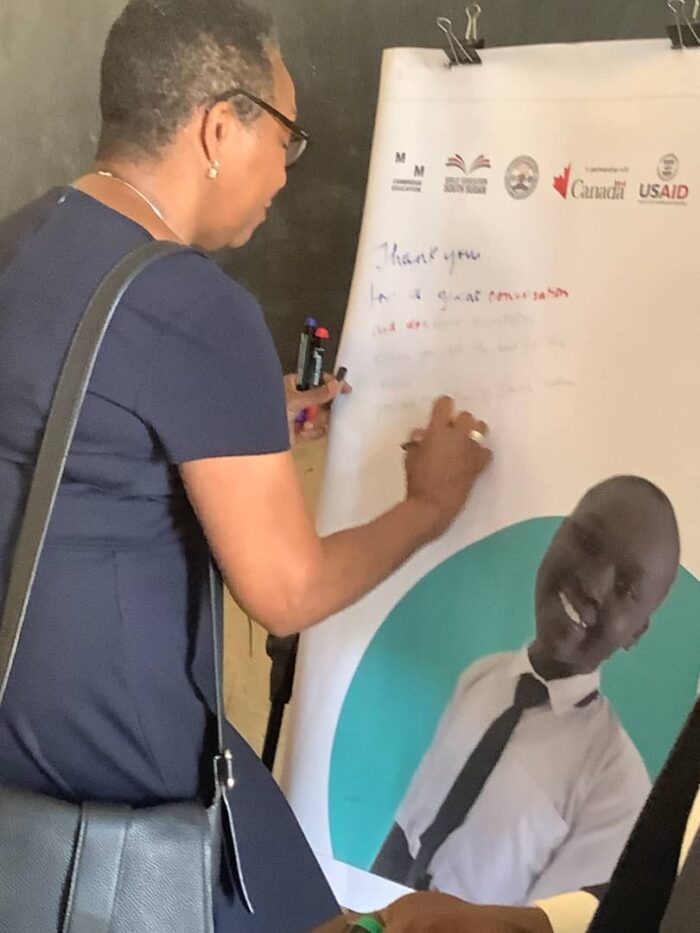 Helen Grant stated, “Visiting South Sudan in my role as the UK Prime Minister’s Special Envoy for Girls’ Education is a real honour. This is my second time in the country having visited with the UK Parliament’s International Development Committee in 2012. Girls’ education is a top priority for the UK government, and I am campaigning for every girl in the world to receive 12 years of safe, quality education.”

After the radio station appearance, the representatives visited St Joseph’s Primary School in Juba. The visit allowed for interaction with learners and school administrators.  The learners and school administrators voiced their concerns including the need to ensure boys particularly those with disabilities are not left behind and for teachers to receive a regular and fair salary.

Speaking to learners at Yei Day Secondary School, the visitors encouraged learners, including pregnant and nursing learners and those with disabilities, to continue their education. “You are South Sudan’s future leaders. I already see some of you portraying qualities of a leader. You have great aspiration therefore continue to work for it,” said Helen Grant.

The visiting team stated that, alongside donations to support education, the government plays a role in improving the education sector; “The support to education in South Sudan lies not only with donors, but also your government,” Helen Grant concluded.