History is made: Female African chosen as Director-General of the World Trade Organisation

“We know that we can take charge of our own destinies if we have the will to reform”. Wondering who said this? It sounds like a mother speaking to her children to make sure they believe in themselves. We can achieve whatever we want to achieve if we are willing to take charge, right?

These words are from one of the most high achieving African women you can imagine! If you have ever been the first in the class, the first to discover something or even just the first-born child, you feel special, right? This great woman is the first to hold a great position. I know by now you want to know who this great woman is. Well, keep reading!

Doctor Ngozi Okonjo-Iweala, that’s her name! If this name isn’t familiar to you, don’t worry, you’re about to find out. Doctor Ngozi grew up in a small village in Nigeria’s Southern Delta State. With her parents away for their studies, she and her six siblings lived with their grandmother. Doctor Ngozi went through many hardships. Her education was threatened by house chores that were expected of girls, including cooking and fetching firewood. She once said in an interview, “I was eating one meal a day and children were dying. So, I learned to live frugally. I often say I can sleep on a mud floor as well as a feathered bed and be very comfortable. It has made me someone who can do without things in life because of what we went through”.

Despite these challenges, Doctor Ngozi rose up to become the first Female Finance Minister in Nigeria. She also briefly served as Nigeria’s Foreign Minister – also the first woman to hold such a position. 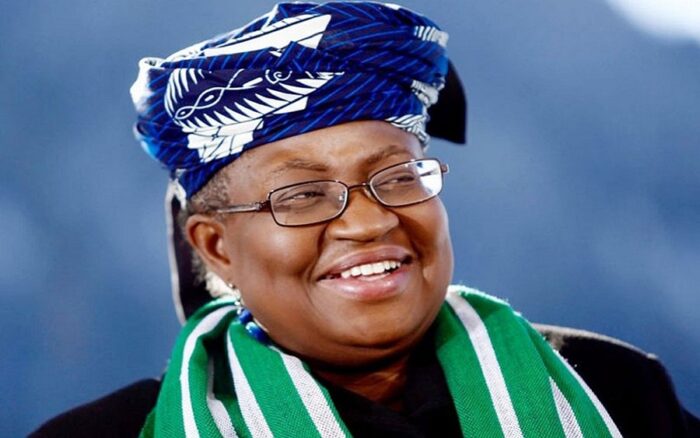 Doctor Ngozi spent a 25-year career at the World Bank as a development economist. She rose to the second position of Managing Director at the World Bank, overseeing an $81 billion global portfolio. She has won so many awards, including being named ‘Forbes African of the Year 2020’.

By now, I am sure you are getting to know how ground-breaking Doctor Ngozi is. After being the first woman to hold the two ministerial positions in Nigeria, she has been going up the ladder of her career, and guess what, she is now the Director General of the World Trade Organisation (WTO). Over its 25 years of existence, WTO has never had a black Managing Director, nor a woman! Doctor Ngozi therefore becomes the first African and the first woman to hold that position.

Well, from her, you know that, as a girl, you can rise to be a star in the world dominated by men. Doctor Ngozi believed in herself and always wanted to be better and that’s why she is where she is today. You can learn from her determination.

As a South Sudanese girl, you might face many challenges, including cultural barriers to your progress. Don’t give up! Continue to look up to inspirational women. If you have ever doubted yourself as a young woman in South Sudan, just remember Doctor Ngozi who made it to the highest position within one of the most influential organisations in the world.

If the world is ready, are you? Don’t doubt yourself, strive, stay resilient and make your dreams come true!